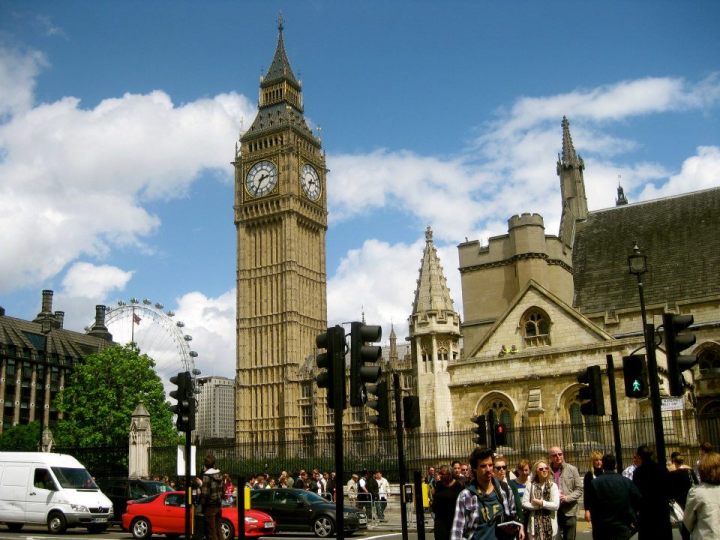 This past weekend, I visited the British Museum and Parliament, both must-see places in London. At the British Museum, I saw the Rosetta Stone and the mummy of Cleopatra, along with many other ancient artifacts from Rome, Greece, and the Middle East. With the Olympics being held here in London very soon, it was very interesting to see how the ancient Greeks held their Olympics and to see the Olympian artwork displayed on vases. Remember in Disney’s Hercules, the muses who sang on the vase? Yep, that’s what we saw (except they weren’t singing, unfortunately). 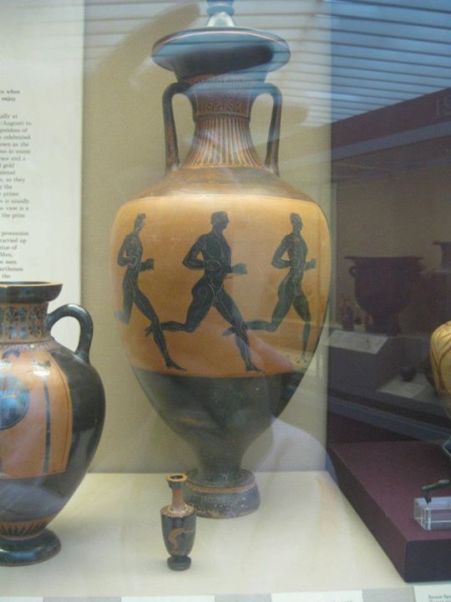 The next day, we went inside Parliament and were able to see how the British government operates. We entered into Westminster Hall, a 900-year-old hall that is a part of Parliament. Unfortunately, we weren’t allowed to take pictures inside Parliament, so I’ll try to describe it as best as I can. First, we went into perhaps the most gorgeous and elaborate room I’ve ever been in, called the Royal Robing Room. It’s a huge, ornate room where Her Majesty goes to have her royal cloak put on before she speaks to Parliament. It was amazing to think that I was standing in the same room that Queen Elizabeth and other royals before her stood in. Everything was gold, breathtaking and colorful, from the molding on the ceilings to the very throne the Queen sits on. After that room, we visited the House of Lords and the House of Commons.

After our tour, we enjoyed the sights and sounds of Big Ben (fun fact: Big Ben is actually the bell, NOT the clock). I’m excited to explore London even more.

So I also have to talk about my trip to Harrods. I was in London once before about three years ago, but I did not have the chance to visit Harrods. For those who have never heard of Harrods, it is the most beautiful, fantastic, dreamlike department store in the world. You can buy anything, and I mean anything, there. Want a house? Harrods. Want a pet? Harrods. Want to gaze upon the most beautiful, designer hand bags? You guessed it, Harrods.

Needless to say, my experience was fabulous. I had the great pleasure of discovering Ladurèe, a French bakery that specializes in macaroons. I sampled flavors ranging from poppy, to dark chocolate, to violet. I highly recommend making a trip there if you’re ever at Harrods, and even indulging in afternoon tea.