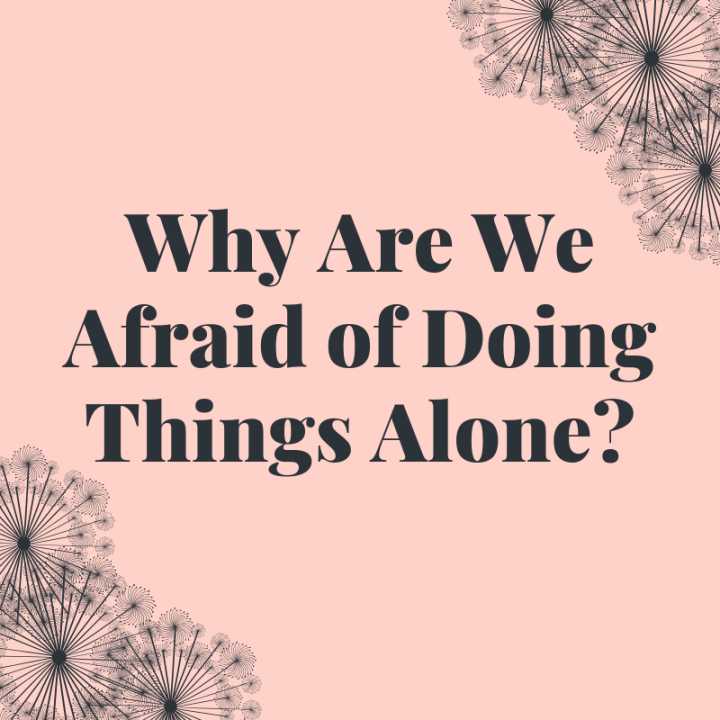 Why does doing something alone seem like such a daunting, scary task? For one thing, when we hear the word “alone,” words like “solitude” and “loneliness” come to mind. Could it be we’re afraid of our own company? Or are we just afraid of what strangers will think of us, when they see that we’re by ourselves? I can admit that I’ve definitely thought these things. And I get it – especially as a woman, it can be scary and often ill-advised (if you’re my family) to do things alone.

Myself and many of my friends have lived in new cities where we didn’t know many people, and learned over time how to be comfortable going places alone. I remember asking a friend who moved to a new city without knowing anyone who she went to a concert with, within the first few weeks of having moved there. When she said she went by herself, I had to admire her; I could never do that! But she has inspired me to go on more adventures by myself.

Another friend of mine recently moved away to another city, where he didn’t know a soul. In the beginning of his move, we would text back and forth if he should go to a cafe alone to get lunch. Now I don’t get those texts as much, because when he’s not meeting new people, he’s enjoying his own company and having fun exploring his new city.

When I briefly lived in New York City for a summer in college, I barely knew anyone, and while I did go out with friends and co-workers, I knew I would often be on my own. The first “big” alone thing I remember doing was seeing one of my favorite Broadway singers perform at a dinner cabaret in the city. I had just come out of a voice lesson, when I passed by a sign that said “Tonight Only, Sherie Rene Scott in Concert.” The show was starting in one hour – I barely knew anyone in the city, let alone someone who would spend more than $20 to go to a concert with an hour notice. So I paid for a ticket, sat at a table by myself, ordered dinner and a drink, and had a fantastic night watching one of my favorite singers perform. It took me getting over my fear of being alone at a concert to realize how many things I might have been missing out on. 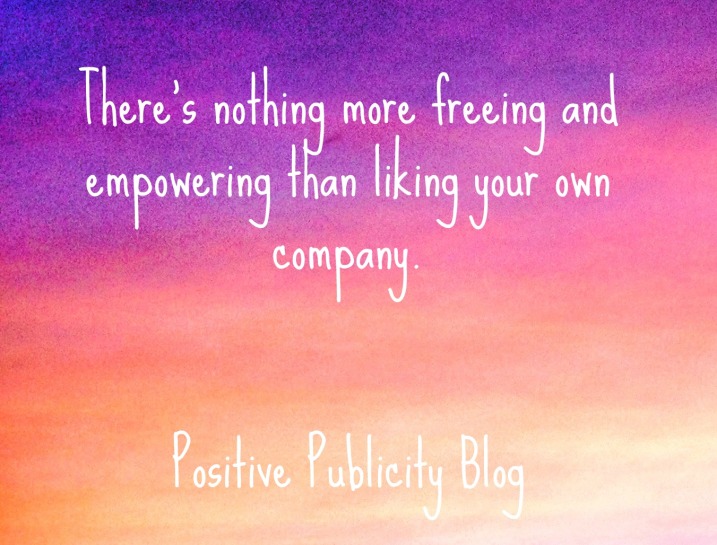 One of my favorite bloggers Brooke Saward, founder of World of Wanderlust blog, is a huge inspiration to me when it comes to going on adventures and traveling alone. This past summer, I blogged about going on a vacation by yourself, which to me is the ultimate test of doing something alone. While I haven’t gone on such a vacation yet, I’m so looking forward to doing it.

It seems so comfortable to stay home when no one is around to hang (and trust me, I love a night of relaxation and Netflix), but we might be holding ourselves back from exciting opportunities. Doing things by yourself doesn’t have to be as terrifying as we make it out to be. And if you need more scientific proof as to why you should do things alone, check out this article from the Washington Post.

As I’m typing this out at a Starbucks by myself, I’m reminded just how much I enjoy doing things on my own. So I challenge you to do something by yourself, whether it’s going out to dinner, a movie or going for a walk. Liberate yourself and learn to love your company, because you’re a great person to hang out with.

One thought on “Why Are We Afraid of Doing Things Alone?”