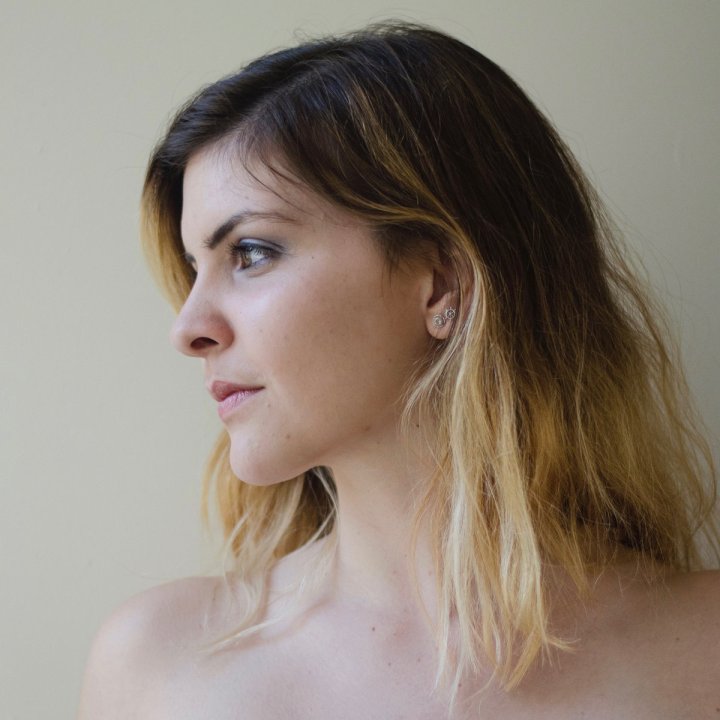 I had the pleasure of chatting with singer/songwriter and full time student Meg Short, who recently released her debut album White Flag. Singer, songwriter, pianist – and also a trombonist, Meg truly does it all when it comes to her music. In today’s Person of Interest interview, we learn about Meg’s songwriting process, the inspiration behind her songs and what she has planned for the future.

CM: Hi Meg, tell us a bit about yourself!

MS: Hello! I’m from West Chester, PA, which is about 45 minutes outside of Philly. I’m a junior at the University of the Arts as a music composition major.

I started off playing piano and started writing music when I was 14 years old. I was going through a rough time, and music was a nice avenue for me to go to. I was having trouble with friendships in middle school, and this was a great way for me to get all of my emotions out there, whether it was anxiety or depression. Also with boy issues, as it is with middle school. I wrote my first song ever when I was 14. It’s funny – I didn’t have a crush on anybody long enough to actually get a full song out, so that song is about six different people.

CM: But then that’s great, it encompasses how everyone feels about any person that they like. You mention that you play piano – how did that start, do you have a classical background?

MS: I have a weird background with piano, I’m not classically or jazz trained, technically.  I actually even told me parents I wanted to play trombone when I was three years old. My earliest memory of playing piano was when I was in second grade. Each Thanksgiving, my family watches Miracle of 34th Street, which I hate. So I went into the other room with the piano and started plucking songs out. My parents just knew I had a talent for it, and they said, “Let’s get her in lessons before she starts to hate it”.

MS: To an extent – when it comes to learning things by ear and the creative aspect of it, I am. When it comes to theory and the knowledge behind music, that didn’t come as naturally, and I learned a lot of that in college.

CM: So you began song writing around 14. When did you begin singing?

MS: I did theatrical programs and summer theater, and I would be in the group ensemble singing my heart out. It was actually pretty uncomfortable for me to start singing my own music; I didn’t even do song covers for the most part. It was weird for me, and I used to be discouraged by what others would say about my voice. But there are so many singer/songwriters out there where their voices just make the music. I have a musical theater aspect to my songs, which I was not aware of until recently actually.

CM: When I was listening to the first song off the album (What’s My In Between), it gave me Jason Robert Brown vibes.

MS: Funnily enough, I used to get upset when people would tell me about the musical theater aspect. But there’s no real category to put my music in – if I had a 30 second elevator pitch, I don’t really know what I would say. Maybe it’s some folk/pop, with some rock and musical theater influence.

But to answer your question, after I wrote two or three songs, is when I really felt comfortable singing. I sang a song at a school talent show, which was the first original song I performed in public. The song – called Puzzle of Life – was about depression and it seem to have affected a lot of people. It’s a very simple song, but I felt like it spoke to a lot of people. After that, that’s when I wanted to start performing for myself.

CM: That’s so awesome. White Flag is your debut album – how did it feel to finally release everything you’ve been working on?

MS: It was so overwhelming! The two days prior of the release was when it really hit me – that the past six years of my life, all of the emotions, all of the feelings, they’re all out there now. To have anybody just be able to listen to my music – wow. But I feel like as an artist, it’s our responsibility to be vulnerable, because someone needs to be, or else no one would ever realize that they can relate what they’re going through. The response I’ve received has been so awesome.

CM: If you had to pick one song from the album for people to get to know you better, which song would that be?

MS: Probably White Flag. It really encompasses the album. Each song, in its own way, is about giving up or not giving. I wrote White Flag right after I was cut from the school musical. Everything I thought I was good at just wasn’t working out, so I wrote this song. Up until the first half of the song, it’s very negative and is like a pity party, and I ended the song right before the instrumental. My mom listened and said, “No, you need to finish this song and make it positive and inspirational”.

CM: What was it like working with the musicians on this album?

MS: It was so amazing. Mark Samani, who produced the album, also did electric and acoustic guitar. My bassist John McDermott is incredible – you can put the sheet music in front of him and he’ll know exactly what to do. My mentor at school, Ron Kerber, without him even knowing it, he helped me through a really difficult time. Even during my darkest time, I never missed one of his classes. He plays saxophone and the flute, and he played the flute on my album. He didn’t charge me anything for this, but he made me promise that I would pay it forward as a form of payment.

MS: I did live streams on Twitch last semester each week, and I did some songs I haven’t released yet and including Puzzle of Life. Many people responded well to it, so I’m going to be releasing it in early in June and will be donating all of the money to two causes I really care about. I’m also going to be touring the New York area, along the Jersey coast, and also the Philly/West Chester area. I’ll be posting where I’ll be playing!