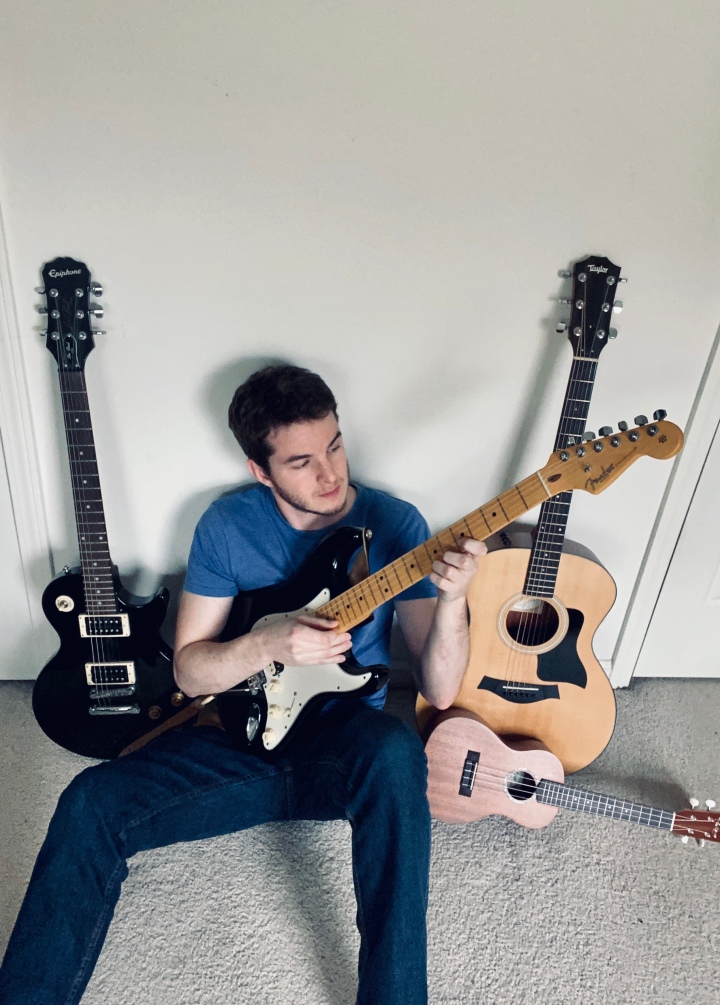 Josh Zimmer is a South Jersey based multi-instrumentalist behind the one man band known as Project Atlantic. His new single Neon Lights recently dropped, and he stopped by Positive Publicity to talk about his background, musical inspirations and what’s next for Project Atlantic.

An Interview with Project Atlantic

To begin, how have you been doing social distancing? Have you found inspiration in unexpected places?

The past few months have definitely been a surreal experience. This whole season of social distancing actually began when I was set to play a festival at Magnolia in Waco, Texas. The festival was cancelled the night I arrived so it immediately began affecting my musical plans for playing live this year. However, when I returned home after being stuck in Texas for a few days, I began working on new material. I was listening to a lot of shoegaze and dream pop during my time traveling so the first song that I created in quarantine was much different than anything else I’ve made. It’s a song called Neon Lights. It’s a fast, electric guitar heavy track inspired by a trip I took to New York City in January of 2019. It ended up being the quickest I’ve ever written and recorded a song and I had an absolute blast making it.

I also got the opportunity to compose music for a video game called Pandemic Pop which just came out. It’s a fun little arcade-style shooter with classic sounding video game music. Best of all, a portion of the game’s proceeds goes to those affected by COVID-19.

I got into music when I received a bass for Christmas at the age of 13. I started taking lessons and immediately fell in love with all things music. When I got to college, I majored in jazz performance. During that time, I began writing and recording material of my own in my bedroom. I eventually had enough material for an EP and I needed to put the music out under some sort of name.

I was a big fan of Justin Vernon’s Bon Iver and Jimmy LaValle’s The Album Leaf, so I went off of their concept of a solo project that puts out music under something other than the artist’s actual name. Thus Project Atlantic was born. Each collection of music I’ve released over the past 7 years under the Project Atlantic name has been completely different. I’ve done epic post-rock instrumentals, quiet acoustic ballads, melancholy indie-pop songs, and everything in between. It’s also given me the opportunity to work with a couple of different artists such as Gabby Millett who sang backup on the song Far Away and my fiance Juliana Elizabeth who is a wonderful classically trained pianist.

What’s next for Project Atlantic?

I’m just putting the finishing touches on the second single that came out of the same writing/recording sessions as Neon Lights. It’s a complete 180 from that song, but I’m having just as much fun creating it. With Neon Lights, I wanted people to feel like they were speeding down a highway. With the new song, I want them to feel like they’re floating through space. After that, I want to dive back into more recording and hopefully have a new EP ready to go by the end of the year.