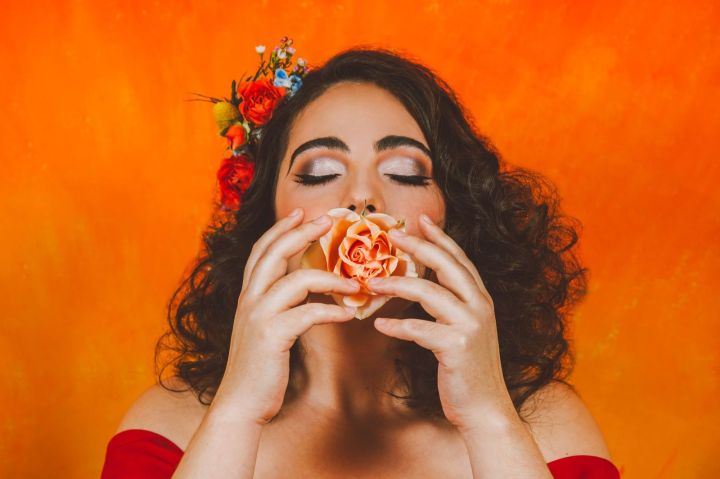 And I don’t mean to complain, oh but I’m spread to thin

Croons Philly musician Laura Lizcano in her latest single, Overworked and Underpaid, which many will find to be a painfully relatable song. The single features playful lyricism, while speaking on an issue that many will associate with.

Born in Columbia and based in Philly, Laura is influenced by artists like Norah Jones and Natalia Lafroucade, combining her formal training as a jazz vocalist with her love for folk and pop music.

Lizcano has performed at the Kimmel Center for the Performing Arts for the Sittin In’ Series at Innovation Studio and at Dizzy’s Club Coca Cola in New York City as the featured vocalist for the Temple University Big Band. She has also opened for Gaby Moreno and Sammy Miller and the Congregation at World Cafe Live in Philadelphia. Most recently, she has been featured in the virtual Wawa Welcome America Festival and Philadelphia’s iconic Philly Folk Fest in 2020. She follows her self-released debut EP, Chance on Me (2018), with her first full-length studio album, Heart, which will be released later this month.

Welcome Laura! Tell us more about Overworked and Underpaid. What do you hope people experience when they listen to this?

Tis song is about millennial burnout, and the strange idea that if we work harder, we will have a safe financial future. That is just a lie. I hope that when folks hear this song they can feel like they’re not alone in this feeling of working a ton and not being compensated fairly.

We are not alone. We are an entire generation suffering financially with crippling student debt. We work multiple jobs to make ends meet, and that’s often still not enough. The minimum wage still does not rise while the cost of living does. This song is about the humor of it all– it’s ridiculous.

Amen to all of that. Tell us more about your songwriting and singing style. What inspires you?

I was trained as a jazz vocalist, so I think a lot of my writing style is influenced by jazz harmony and jazz standard forms. But I also really love singer-songwriters like Norah Jones and Regina Spektor, so I borrow a lot from these types of songs. I also love contemporary Latin American folk music, and I think you can especially hear this in “Corazón.” I was listening to a lot of Jorge Drexler when I wrote that one.

I also write a lot about my life and the people in my life. That’s really present in all Heart. This is a really personal album.

Love me some Regina Spektor. In your experience – how has the Philly music scene been throughout the pandemic?

We were hit hard, for sure. I mean, with all the venues closed until further notice, it’s been really hard for us to not have these gathering places to share with the community. At the same time, I’m happy to see that people are getting really inventive- live-streams, roof top shows (The Pharmacy), etc. But I think this winter is going to be really tough. Without the possibility to play outside, I’m not sure what awaits us in the Spring.

Hang in there, though! We will make it through!

We certainly will! Finally, name three songs that you could only listen to for the rest of your life.