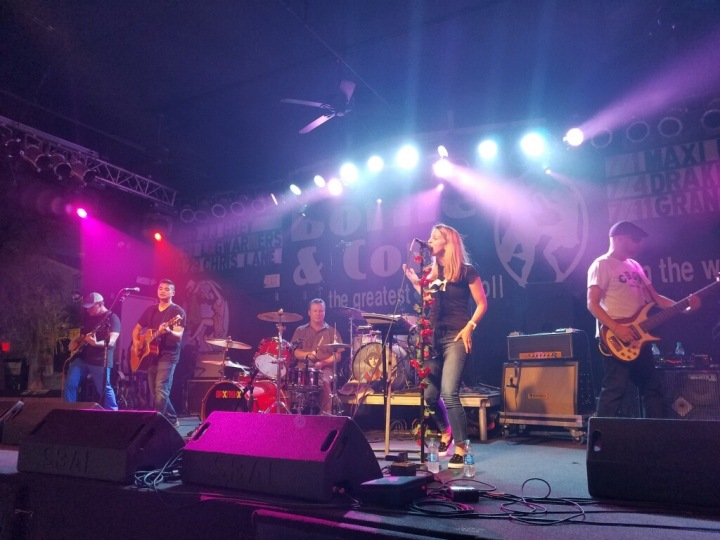 From the sleepy town of Dover, Delaware five musicians bonded over a shared love of melodic guitar-driven,  female-fronted indie rock music to form the band Braxton Hicks. Crediting influences such as Middle Kids, Echosmith, The Smiths, The Cure, Sleater-Kinney, Yeah Yeah Yeahs, Dum Dum Girls, The Beths, The Pixies, The Police and U2, Braxton Hicks combine ear-candy guitar riffs, sweet and sour vocal harmonies and insightful lyrics to create a fresh sound all their own. The band recently dropped their new music video and single, titled Seven Dreams.

Lead singer and keyboardist Carrie Baith took the time to chat with us about the new single. Check out Braxton Hicks on Twitter, Instagram, Facebook, YouTube and SoundCloud, and keep on reading for our interview.

Welcome! Tell us about your new song and video, Seven Dreams. You mentioned you had to reschedule it three times.

We recorded the single Seven Dreams last year and knew it was the perfect song for a video. The song tells a story about a jilted lover exacting revenge by causing her ex-boyfriend to experience a different recurring dream each night of the week (think falling, naked in public, etc).  Unfortunately, all the pre-production in the world couldn’t shield us from Covid, and after 3 filming date reschedules and negative tests for everyone involved, we finally went for it.  By this time, it was January on the coldest day of the year.  I’ve got to say, our male lead actor was a total professional running nearly naked on Logan Circle in sub freezing temperatures! We couldn’t be more proud of the way the video turned out and we are honored that it has already been selected for 9 film festivals.

That’s incredible. I also love all of the Philly visuals in the video. What makes Philly a great music town in your eyes?

Philadelphia is a city that embraces all music genres.  Pre-covid you could find a live show any night of the week.  We are super excited that things are opening back up now and so many shows are already on the books.

What should we be on the lookout for from you next?

After the 7/7/7 release of Seven Dreams, our focus will be on our next record which will be out in the Fall.  Our first EP, Extraordinary Girl, is still playing on the college radio circuit, so it’s a priority for us to follow up right away with new material. We will also be attending the New Hope Film Festival on August 1st for an in-person screening of our video Seven Dreams.

One thought on “Seven Dreams with Braxton Hicks”